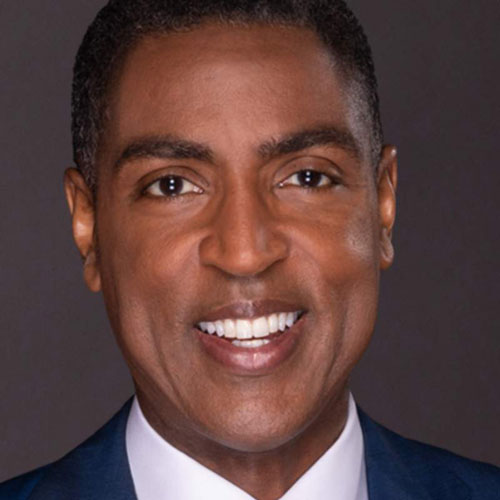 Calvin, who earned his Bachelor of Science in journalism from the University of Missouri, has worked as an anchor/reporter in three of the nation’s top 10 media markets, including Philadelphia, Atlanta and Dallas.

In 2008, after reporting on a story about Haitian refugees who risked and, in some cases, lost their lives in a deadly voyage set for the shores of Miami, Hughes relentlessly pursued an opportunity to report comprehensively on Haiti. Two years later after the disastrous 7.0 earthquake struck the country, Hughes was well-suited to be one of the first journalists in Port-au-Prince to cover the devastation.
His passion for the people of Haiti and their indomitable spirits has led Hughes to return to Haiti more than a dozen times.

Calvin actively seeks opportunities to bring viewers stories that touch the soul of our community. He was one of only two South Florida journalists permitted to report live from Pope Benedict XVI’s historic trip to Cuba. Throughout his career, Calvin has been fortunate to cover historic giants like Coretta Scott King, George W. Bush and Maya Angelou, as well as numerous stories of national and international significance.

In February 2016, Calvin returned to Port-au-Prince to land an exclusive interview with Haiti’s outgoing President Michel Martelly in his final hours. In March, Calvin reported on President Barack Obama’s historic trip to Cuba.

Calvin has received numerous accolades, including a 2001 Southern Regional Emmy, several Emmy nominations and various achievements for his work in the community as a speaker and volunteer. He is a proud member of Kappa Alpha Psi Fraternity, Inc., an advisory board member for Suited for Success and donates his time and talents as a keynote speaker or emcee almost weekly at schools, churches, civic events or charitable fundraisers throughout Broward and Miami-Dade counties.