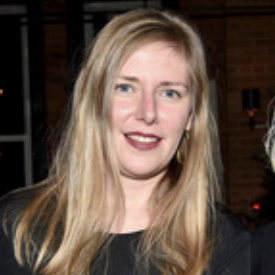 Speaking in Launching a Campaign Amid Uncertainty (Virtual is Here to Stay) at 2:00 pm for the Fundraising on Fire track.

Courtney joined Miami City Ballet in December 2019 and serves as Chief Development Officer. Under her leadership, MCB has raised more money than ever before in its 35-year history three fiscal years in a row. Courtney led the $55M Transforming Lives Campaign and raised nearly $65M for the Company. She leads a team of twelve people and is responsible for securing $14M annually.

Prior to moving to Miami Beach, Courtney worked as Chief Development Officer of the Boys’ Club of New York. In her first year, she transformed the development department, which had not met its revenue goal in 17 years, into a highly functioning operation that consistently raised $7.2M annually. Prior to serving as CDO, Courtney served as Director of Special Events and was responsible for planning three galas that raised $4M annually and managing the Women’s Board.

Courtney has held other development positions at Cooper Union, New York Philharmonic, and Carnegie Museums of Pittsburgh. She provides pro bono strategic and development consulting to Camille A. Brown & Dancers and serves on the Board Development Task Force. She is a member of the Association of Fundraising Professionals, Palm Beach Chamber of Commerce, and Greater Miami Chamber of Commerce.

Courtney grew up in Butler, PA and took ballet lessons in her youth. She credits dance with opening up her world and teaching her the importance of practice and discipline. Courtney feels honored to work for MCB and pay forward that which she has been given.