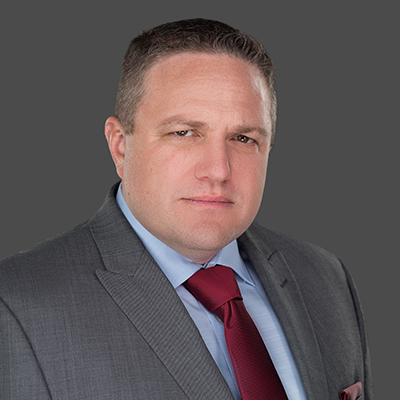 Speaking in Confronting Crypto at 9:45 am for the Fundraising on Fire track.

David C. Silver is a founding Partner of Silver Miller and is focused exclusively on representing aggrieved investors and cryptocurrency users worldwide who seek to recover their financial losses.

David is a Martindale Hubbell Preeminent “AV”-rated attorney (generally recognized as the highest rating in the legal industry for general ethical standards and legal ability), and he tirelessly fights for his clients, having achieved victories totaling greater than $100 million in the last few years alone. For his efforts, David has been inducted into the Multi-Million Dollar Advocates Forum, an honor limited to attorneys who have won multimillion-dollar verdicts and settlements, which includes fewer than one percent of lawyers in the United States.

On behalf of the Federal Deposit Insurance Corporation (FDIC), David has led multiple investigations into wrongdoing by officers and directors of several closed financial institutions as well as investigations into D&O insurance carriers, attorneys, accountants/auditors, real estate appraisers, and brokerage professionals as they related to the downfall of certain closed financial institutions.

David is also recognized as one of the leading lawyers in America representing victims of crooked and abusive cryptocurrency exchanges and fraudsters acting under the guise of being blockchain technology start-up businesses, helping investors who have been exploited after investing in digital assets such as bitcoin, Ether, and multiple alternative cryptocurrencies. In 2015, David was named lead Class Counsel in the litigation against now-defunct cryptocurrency exchange Cryptsy, where he led the effort in recovering for the Court-certified class of Cryptsy customers settlements and judgments valued in excess of $100 million. With additional class/group action lawsuits against Coinbase, Kraken, BitConnect, and other cryptocurrency exchanges and alt-coin promoters, David continues his fight for individuals aggrieved by exploited members of the cryptocurrency community.

Along with being an active litigator in the cryptocurrency community, David is also very active in his own local community, as he has served as Vice-President on the Board of Directors of one of the largest housing communities in South Florida and on the Board of Directors of the Jewish Federation of Broward County as well as the Federation’s National Young Leadership Cabinet.

David began his legal career at Wicker Smith O’Hara McCoy Graham & Ford, a large Florida-based law firm. In April 2004, David joined the international law firm of Patton Boggs LLP (now Squire Patton Boggs LLP) in Washington, D.C., where his practice as a trial lawyer involved all aspects of civil litigation, including noteworthy pro bono work. In 2010, David left Patton Boggs LLP and returned to Florida. He was a Partner at Blum & Silver, LLP and Silver Law Group until he and Jason Miller founded Silver Miller. David Silver attended the University of Michigan for his undergraduate studies and the University of Miami School of Law for his juris doctorate.