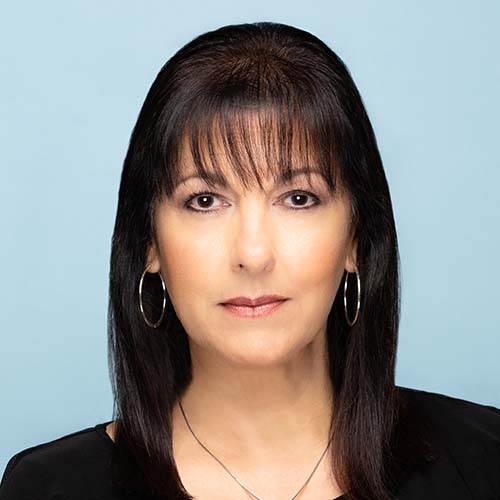 Tania Castroverde Moskalenko joined Miami City Ballet as Executive Director in August 2018, bringing with her more than 20 years of experience leading performing arts institutions and guiding them through strategic, financial, and operational turnarounds. As MCB’s Executive Director, she oversees finance, fundraising and development, marketing and communications, community engagement, human resources, and the business side of the Miami City Ballet School. Sixty days after her arrival at MCB, she presented the Board with an ambitious plan for a $55M capital campaign to ensure MCB’s long-term financial health. To date, the 4-year Transforming Lives Campaign has raised 80% of its goal and is on track to be completed on-time in April of 2022. In addition, Castroverde-Moskalenko is leading Miami City Ballet’s DEI Initiatives in partnership with Dickerson Global Advisors.

Prior to MCB, Castroverde Moskalenko served as the Chief Executive Officer of Chicago’s Auditorium Theatre, revitalizing the organization’s financial health through new programming, increased earned revenue, and expanded philanthropic support. In 2017, she was named ‘Chicagoan of the Year for Dance’ by the Chicago Tribune.

Prior, Castroverde Moskalenko was President and CEO of the Center for the Performing Arts and the Great American Songbook Foundation in Indiana where she implemented a strategic plan that increased and diversified programming, audience reach, board membership, and contributed revenue. Before that, she spent seven years as the Executive Director of the Germantown Performing Arts Centre in Tennessee, where she erased a structural deficit, created a reserve fund, and founded successful programs such as the GPAC Youth Symphony Orchestra and Jazz in the Box.

Castroverde Moskalenko holds a BFA from the University of Memphis, an MA in Philanthropic Studies from Indiana University, and a Certification in Non-Profit Financial Management from Harvard University, John F. Kennedy School of Government. She serves on the Board of Directors of Philanthropy Miami.

Castroverde Moskalenko was raised in Miami where she and her family arrived as political refugees from Cuba when she was six years old. She is the mother of five children and is married to a former Russian ballet dancer, Alexei Moskalenko, who is Assistant Artistic Director of the Youth America Grand Prix.